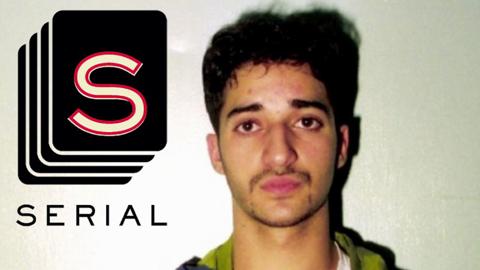 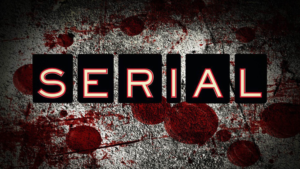 I must confess that I am late to finding this gem of a podcast. After the discovery, I quickly became obsessed and drawn deeply into the story. My only option was to then proceed to binge listen to this podcast. I was so enthralled with the narration that I found myself thinking about the evidence even when I wasn’t listening to the podcast. Although the medium of podcasts may not be for everyone, I believe that ‘Serial’ is that good that the medium almost doesn’t matter.

‘Serial’ has to be listened to in episodic order as it’s carefully constructed in terms of the delivery of evidence and interviews. ‘Serial’ is hosted by Sarah Koenig ( a producer and journalist of ‘The American Life’). Koenig attempts to dissect a murder case. The murder case involves Hae Min Lee, a young woman who mysteriously went missing. After a few weeks of Lee’s disappearance, her body was found in Leakin Park and it had been discovered that she had been strangled. Lee’s ex-boyfriend Adnan Syed was charged with her murder, convicted and sentenced to life in prison with 30 years. Syed has always protested that he is innocent even several years after the murder case.

At first listen to the podcast, you’re inclined to think that Syed is probably guilty. However, there are moments in the podcast where you’re swayed between being convinced of Syed’s innocence and believing that he really could be a murderous sociopath. Koenig, herself, has many moments of doubt during the podcast. An aspect that strongly supports the theory that Syed could be innocent is the testimony of the primary witness. The testimony changed so much throughout the case that it really is quite an astounding that it formed such a large part of the case against Syed.

Koenig manages to dig up evidence that was 16 years old and tracks down people that may have been relevant to the case then. Because so many years have passed since the incident, the listener is inclined to be dubious towards interviews of people several years after the fact. The podcast does include interviews between Koenig and Syed as well as interviews pertinent to the case at the time. The way Koenig presents the evidence, interviews, as well as her thoughts, is really quite a marvel. In fact, her entire investigation took her one year. In that year we see Koenig thoroughly convinced of Syed’s innocence and also doubting and wondering whether she is really talking to a sociopath.

The Addictive Nature of ‘Serial’

Although the murder case review in Serial is not necessarily all that unique, the story becomes compelling because of the way Koenig dramatically presents the information in the case. The genius of this podcast lies in Koenig’s ability to present this case as if it were akin to a Gillian Flynn novel.  Koenig builds up the listeners’ expectations. We expect there to be some form of resolution or at least some answers to the many questions that emerge throughout the podcast. Unfortunately, we’re left frustrated at the fact that we’ll probably never truly know whodunit. In many ways, we go through this year long journey with Koenig and experience all her frustrations with the case. Just because we don’t get the straight-cut answers we want, it doesn’t mean that ‘Serial’ isn’t worth listening to. Not every story needs the loose ends to be tied up, sometimes the beauty lies in the open-endedness and the thought process you’re left with at the end. At the very least, grappling with the concept of whether Syed is a sociopath or not is a perplexing web of obsession and entertainment. I don’t regret listening to this podcast and I think almost anyone would enjoy it as much as I did.